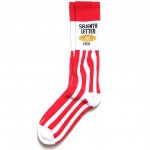 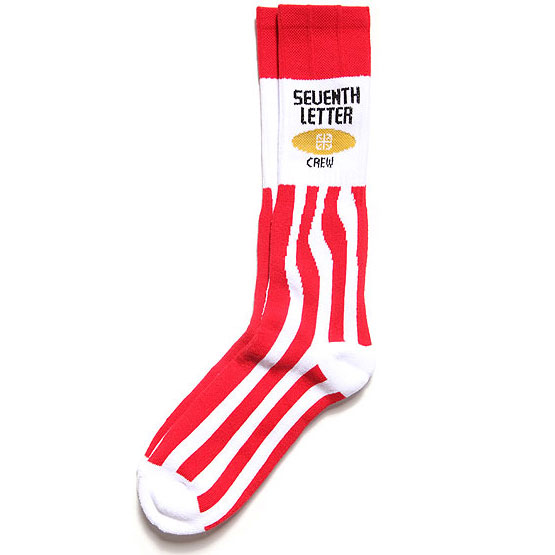 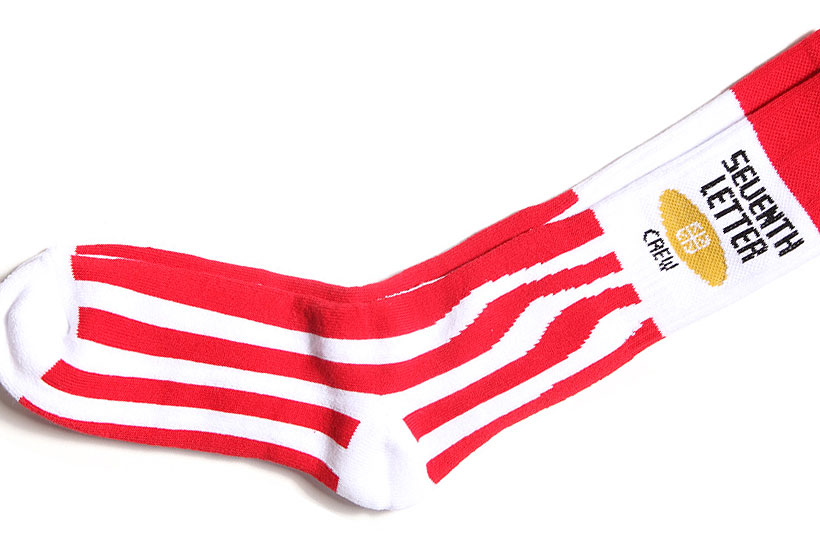 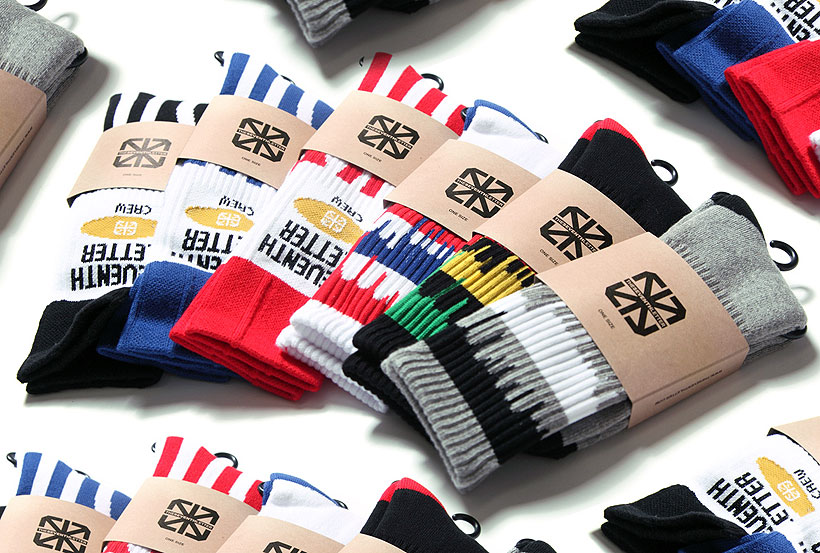 The World Famous 7th Letter Crew brings you this classic Pilot marker look for your socks. Stylish and comfy, get yours before they’re all gone! Collector.
Red Marker Edition. 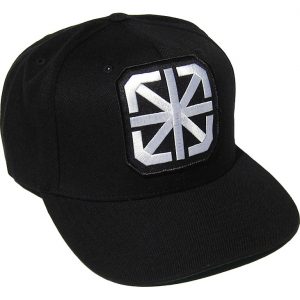 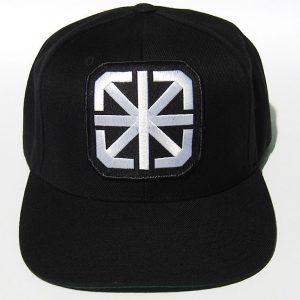 High quality 100% cotton fleece crew neck sweatshirt from world famous LA based 7th Letter Crew. TSL BLOCK style logowork by REVOK MSK on front in thick quality screen print; 7th letter logo print on upper back; black fleece sweatshirt. Quality stitched labels in neck and on sleeve. These are some of the very best size fits I have experienced; long enough in length, arms and waist, yet not baggy and clumsy. Definitely recommend these!
Made in USA. 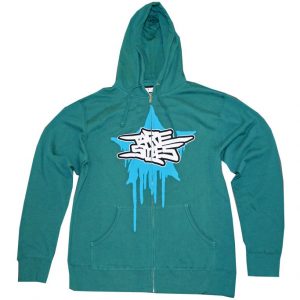 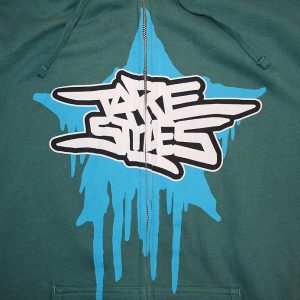 A3 oversized 3-color print on front – waterbased discharge ink print which removes color from actual fabric to then re-color the hoodie fabric itself. Thus the print does not crack or rip like regular screen-printing can, and the fabric remains smooth, soft and comfy to wear.

“The Egg Shell Permanent ink is the same ink found in the Egg Shell ES-3 markers. Ultra-permanent and hard Staining; smooth, opaque, and ruthless on most surfaces.

Ink refill in a 100ml bottle with pointed top with screw-on cap allowing for safe and easy refill.

Each bottle can refill the ES-3 markers approximately a dozen times.”

“CHIP7. born in Queens, New York.
CHIP7 is an American painter living and working in Bangkok,Thailand. A constant doodler he has painted graffiti murals for over 17 years, and worked as a studio assistant to the artist Dalek. He recently joined P.7’s Bangkok based wall painting FOR. With FOR, he traveled to paint a large scale mural in Chiang Mai, and was featured on the DOUBLE CHEEZE television program.
As well as being referred as a ”future star” in the recently published ”History of American Graffiti”, representing New Jersey. CHIP7 often uses chroma-depth 3d glasses technology to increase the interactive experience of the onlooker. His mixed media paintings have been exhibited and collected across many American cities such as LA, NY, and Seattle as well as abroad in Hong Kong, China and Antwerp, Belgium. This year ,CHIP7 was featured as a part of Boost Bangkok”s ”THE LONG BEACH FESTIVAL” in Rayong, TH, as part of the ”KING OF GRAFFITI” live painting display. He appeared in action on the backcover of Saturday edition of THE NATION newspaper [June 25,2011]in a review of this festival.He also painted the front gate of ”NEVER SAY CUTZ” in Siam Square.His work has been featured in the books FREIGHT TRAIN GRAFFITI[ABRAMS], and BROKEN WINDOWS.New York Graffiti[GINGKO] , along with magazines including JUXTAPOZ, BEAUTIFUL DECAY, DAY IN THE LYFE[cover], and CHEEZE., and CHIP7 for KID Robot. Plus was part of ”Primary Flight” the large scale outdoor mural series for Art Basel in Miami[2008], and has painted live for TOYOTA/SCION in Philadelphia.”