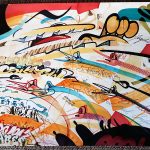 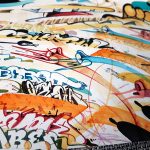 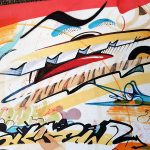 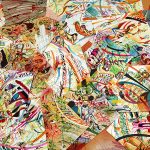 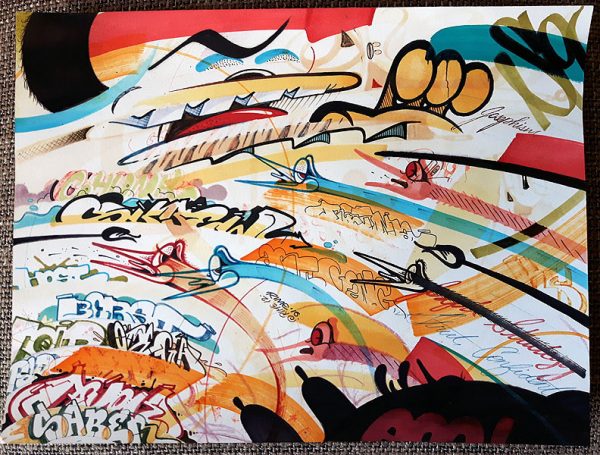 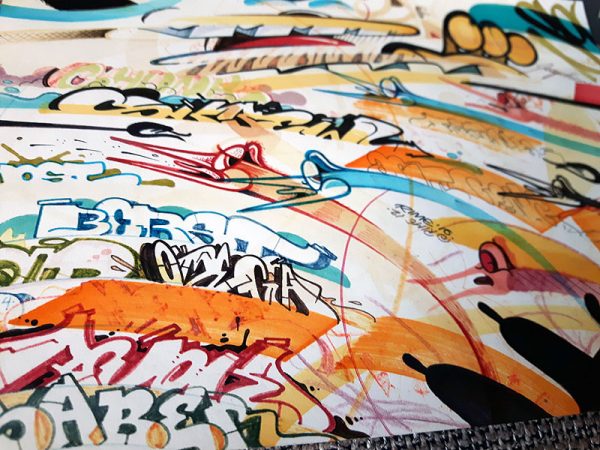 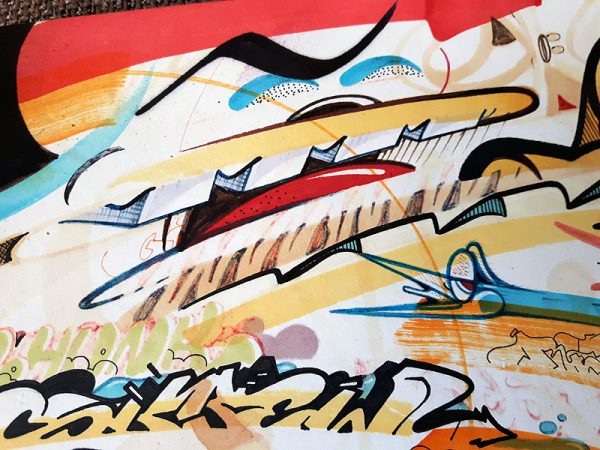 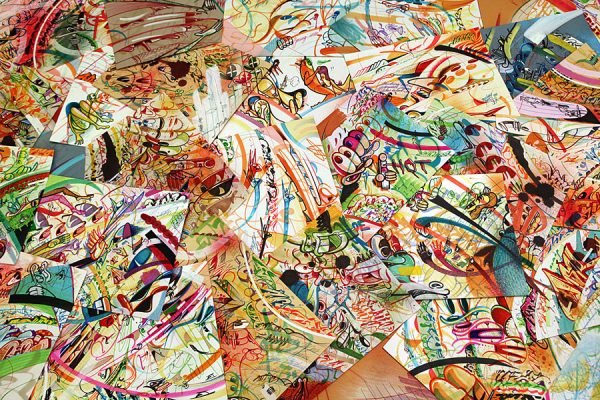 «Born 1979 in Brooklyn, New York, Jersey Joe aka RIME spent his early years playing hide and seek with his brothers, getting in trouble, and learning about women from trash found Playboy magazines. The only artistic person in his family, Joe was influenced by the art from Garbage Pail Kid trading cards, Looney Tunes, and characters from the movie Who Framed Roger Rabbit? Baseball card collecting and bike rides up to the comic book store became a thing of the past once graffiti came into the picture. Joe began writing graffiti along his newspaper route in late 1991. Using the name «RIME», the initial interest soon lead to a full-on obsession that seemed full of possibilities.

After a few arrests as a juvenile in 1995, RIME ended up in New Jersey; a blank canvas filled with a labyrinth of virgin highway walls and trains. Thriving in his new state, RIME began to travel and paint other parts of the USA and Europe. Wanting more, RIME dropped out of college and moved to Los Angeles in 2005. With Los Angeles as his base, RIME continued to paint, exhibit, and teach graffiti to kids from inner city public schools. A habitual traveler, Joe has circled the globe several times over painting and exhibiting in dozens of cities. To Joe, not much is more satisfying than bumming it abroad with a wrinkly, stamp filled passport in your front pocket. Professional Joseph makes a living doing the same shit he does for pleasure. Staying active with work that is a true translation of his personality. Not really into dressed up formalities, RIME would say that you should already know or go figure it out for yourself.»

«CHIP7. born in Queens, New York.
CHIP7 is an American painter living and working in Bangkok,Thailand. A constant doodler he has painted graffiti murals for over 17 years, and worked as a studio assistant to the artist Dalek. He recently joined P.7’s Bangkok based wall painting FOR. With FOR, he traveled to paint a large scale mural in Chiang Mai, and was featured on the DOUBLE CHEEZE television program.
As well as being referred as a »future star» in the recently published »History of American Graffiti», representing New Jersey. CHIP7 often uses chroma-depth 3d glasses technology to increase the interactive experience of the onlooker. His mixed media paintings have been exhibited and collected across many American cities such as LA, NY, and Seattle as well as abroad in Hong Kong, China and Antwerp, Belgium. This year ,CHIP7 was featured as a part of Boost Bangkok»s »THE LONG BEACH FESTIVAL» in Rayong, TH, as part of the »KING OF GRAFFITI» live painting display. He appeared in action on the backcover of Saturday edition of THE NATION newspaper [June 25,2011]in a review of this festival.He also painted the front gate of »NEVER SAY CUTZ» in Siam Square.His work has been featured in the books FREIGHT TRAIN GRAFFITI[ABRAMS], and BROKEN WINDOWS.New York Graffiti[GINGKO] , along with magazines including JUXTAPOZ, BEAUTIFUL DECAY, DAY IN THE LYFE[cover], and CHEEZE., and CHIP7 for KID Robot. Plus was part of »Primary Flight» the large scale outdoor mural series for Art Basel in Miami[2008], and has painted live for TOYOTA/SCION in Philadelphia.»