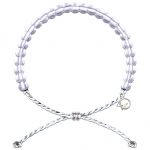 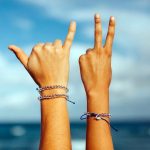 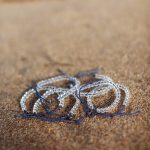 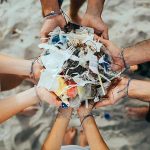 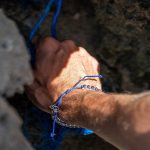 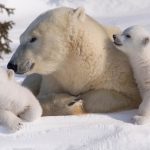 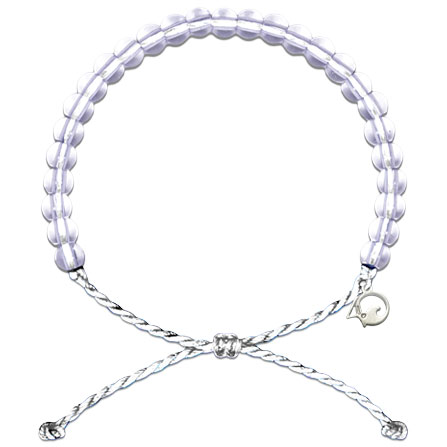 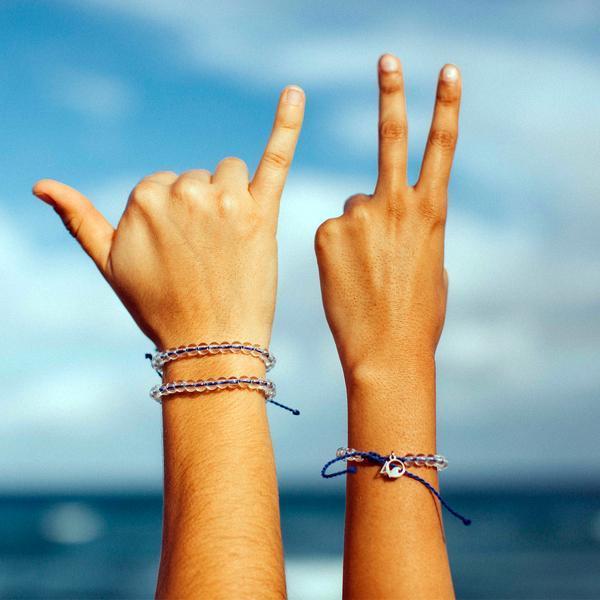 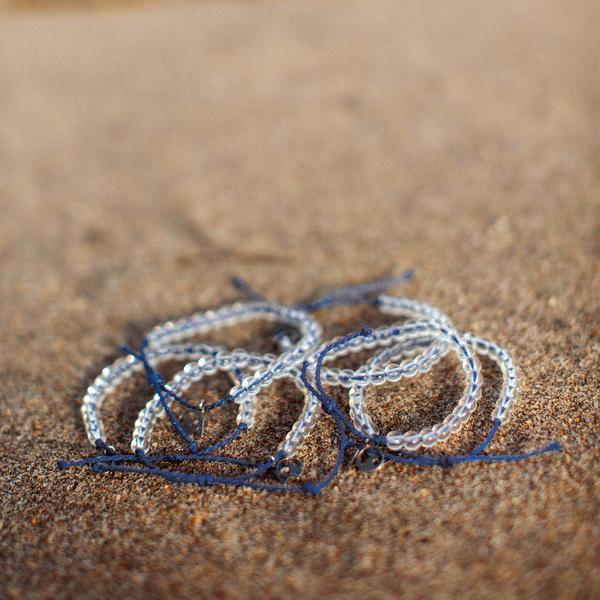 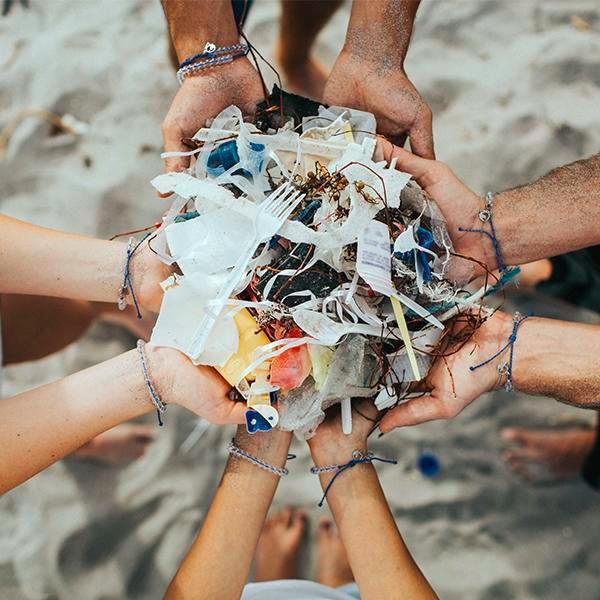 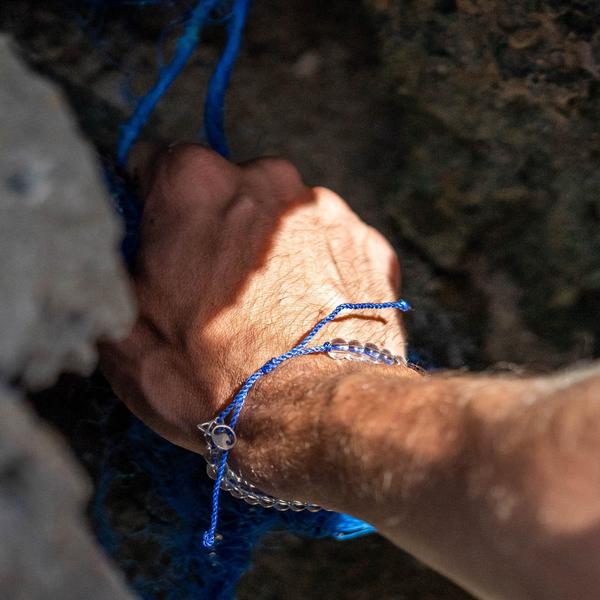 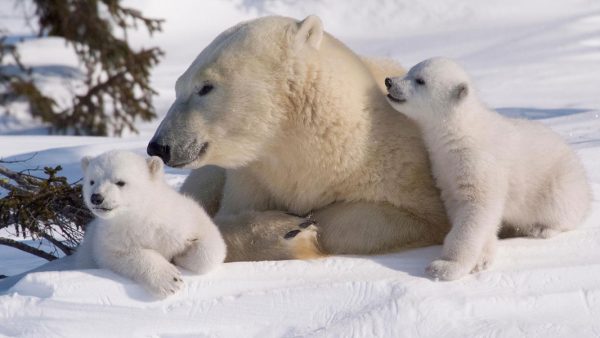 «Polar Bears are on the brink of becoming an endangered species, with them currently listed as Vulnerable on the International Union for Conservation of Nature (IUCN) Red List. We have partnered with two amazing organizations to help restore polar bear’s natural habitat so that polar bears will have a promising future.

Polar Bears International (PBI) has been working for and studying polar bears since 1992 and are recognized as leaders in polar bear research, education, and conservation. The team at Polar Bears International know that knowledge is a catalyst for change. As leaders in polar bear research, they commit to using their scientific and technological resources to educate people around the world and inspire them to make lasting change. Their ongoing research inspires action, adds to our understanding of polar bears, and brings hope to people who believe it’s too late to make a difference. Some of their ongoing research projects include: population studies, maternal den studies, satellite and drone studies, sensory studies, cortisol studies, and SAR (Synthetic Aperture Radar).

PBI is based in Canada, where roughly 60% of the world’s population of polar bears live. Their vital research and work directly affects the current population in Canada where more than half the polar bear population calls home.

Carbonfund.org is helping to fight global warming by making it easy and affordable for any individual, business or organization to reduce & offset their climate impact and hasten the transition to a clean energy future. Carbonfund.org achieves its goals through: climate change education, carbon offsets and reductions, and public outreach.

A polar bear’s habitat range depends on two main factors: habitat quality and availability of sea ice. Loss of sea ice due to climate change poses the most serious threat to polar bears throughout their circumpolar range. Polar bears depend on sea ice to travel to hard-to-reach prey. Unlike most other carnivores, polar bears do not have territories because the sea ice is always moving and changing with the seasons.

Polar bears that have continuous access to frozen sea ice are able to successfully hunt throughout the year. However, in increasing areas where the sea ice melts completely each summer, these bears are forced to spend several months on land. When they are unable to hunt and receive the food they need to survive, they primarily fast on stored fat reserves until the sea ice freezes up again. Use of land by polar bears during the ice-free season appears to be increasing in some areas where sea ice duration has declined over the past few years. According to the IUCN, there is a great potential for large reductions in the global polar bear population if sea ice loss continues at the rate it is.

In addition to cleaning the oceans, we want to create a more sustainable future for marine life and our planet. Global warming and rising ocean temperatures is a serious threat to our marine life. The arctic continues to warm twice as fast as anywhere else on Earth. As a result, the polar bear’s habitat is being directly affected by these climate changes as ice caps continue to melt at an alarming rate. One of the main reasons for climate change is because of the depleting ozone layer, which increasingly gets worse as we emit more carbon into the atmosphere. We chose to donate to CarbonFund.org because they are working to offset the carbon footprint of individuals and businesses by planting trees and protecting rainforests across the globe. We chose PBI because of the current research, laws, and advancements they are putting into place to help threatened polar bears from becoming extinct.»

«By purchasing this Polar Bear white bracelet, you will remove one pound (half a kilo) of trash from the ocean and coastlines, as well as support the work of PBI and carbonfund.org for the preservation of our planet»

* Unisex design – white
* Adjustable from 2-5” (approx. 5cm – 13cm) in diameter
* Stainless steel 4Ocean charm
* 1 pound of trash will be removed from the ocean and coastlines
* Made from 100% recycled materials and is 100% waterproof 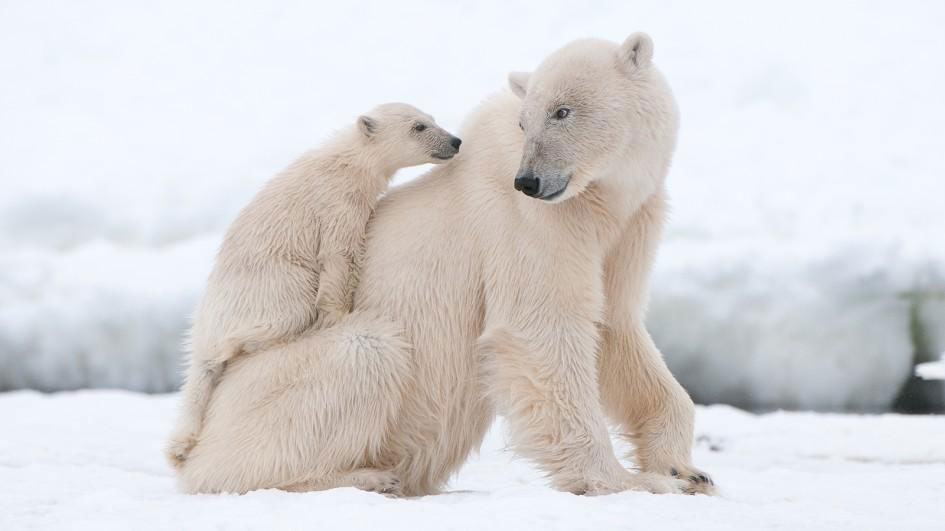 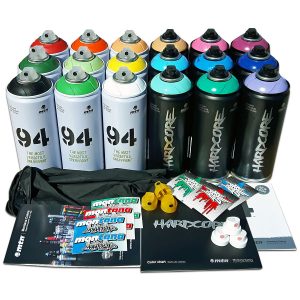 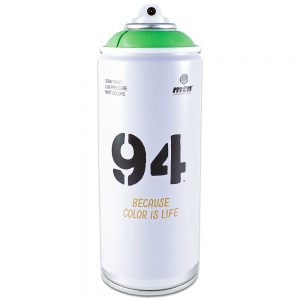 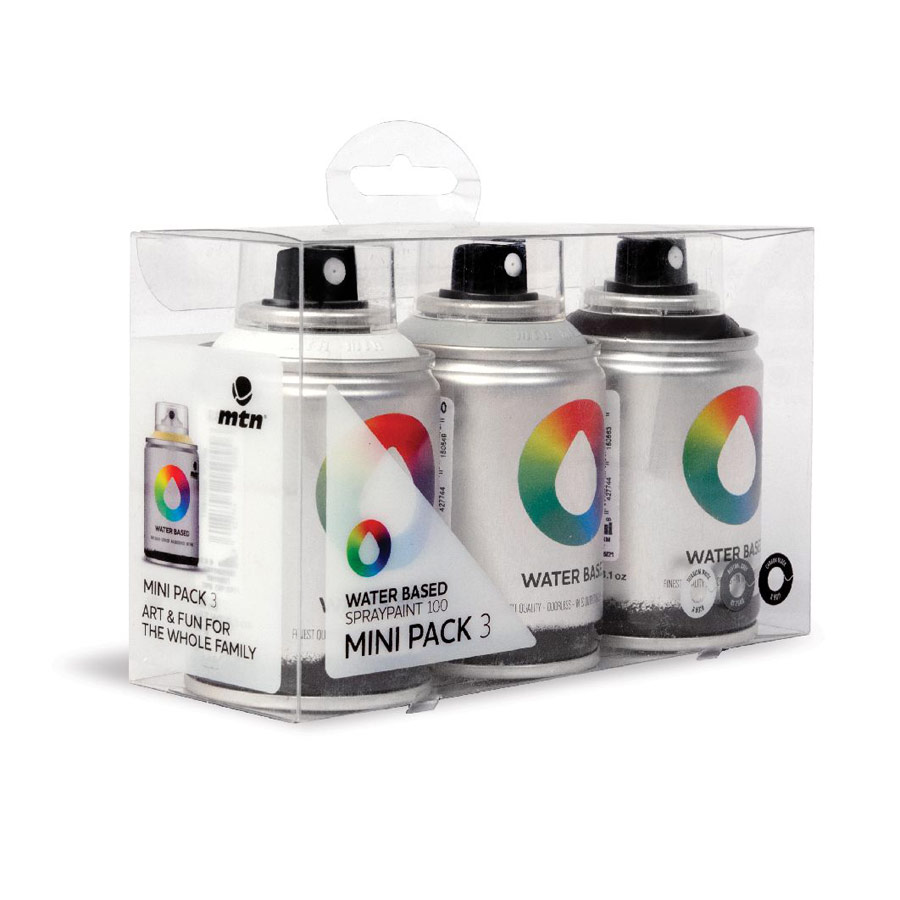 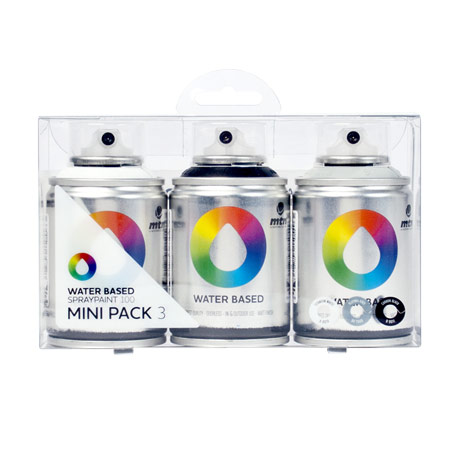 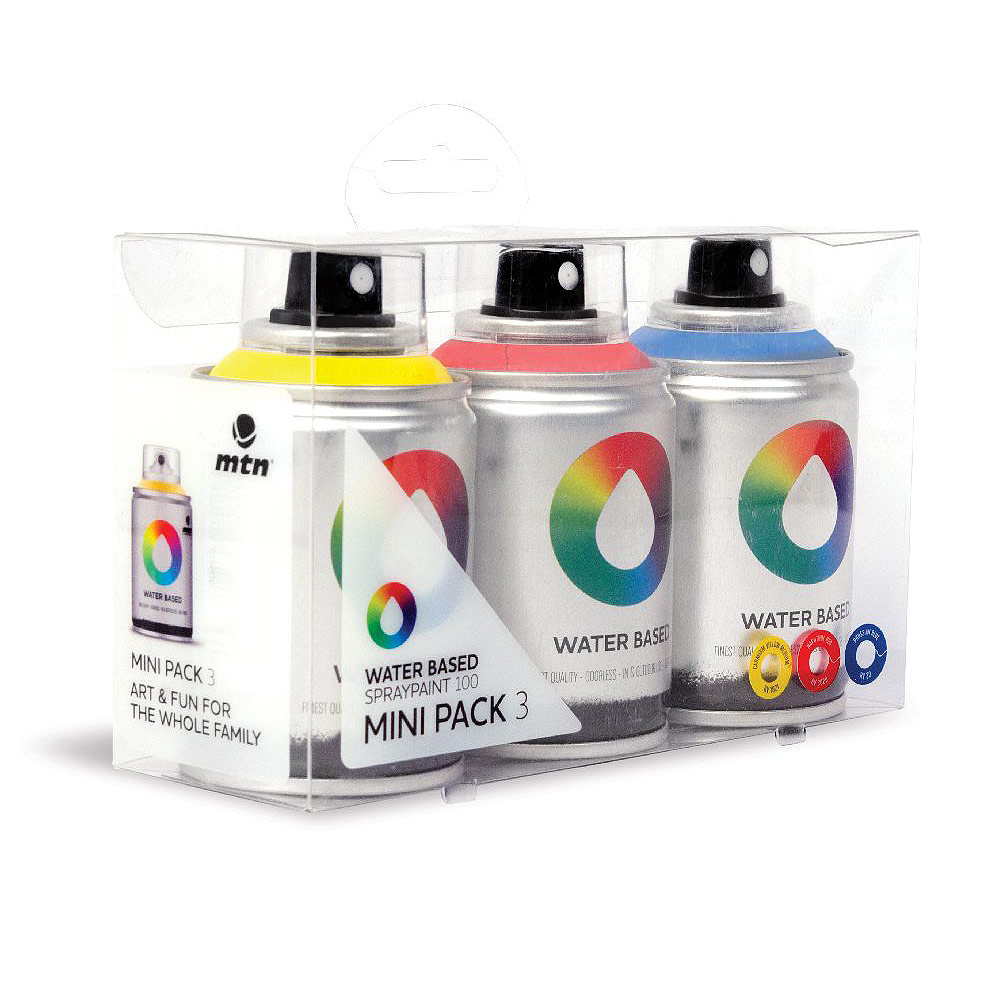 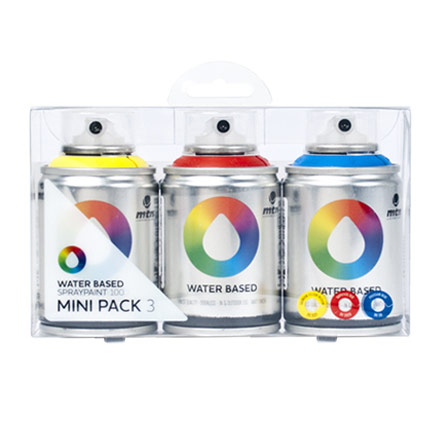 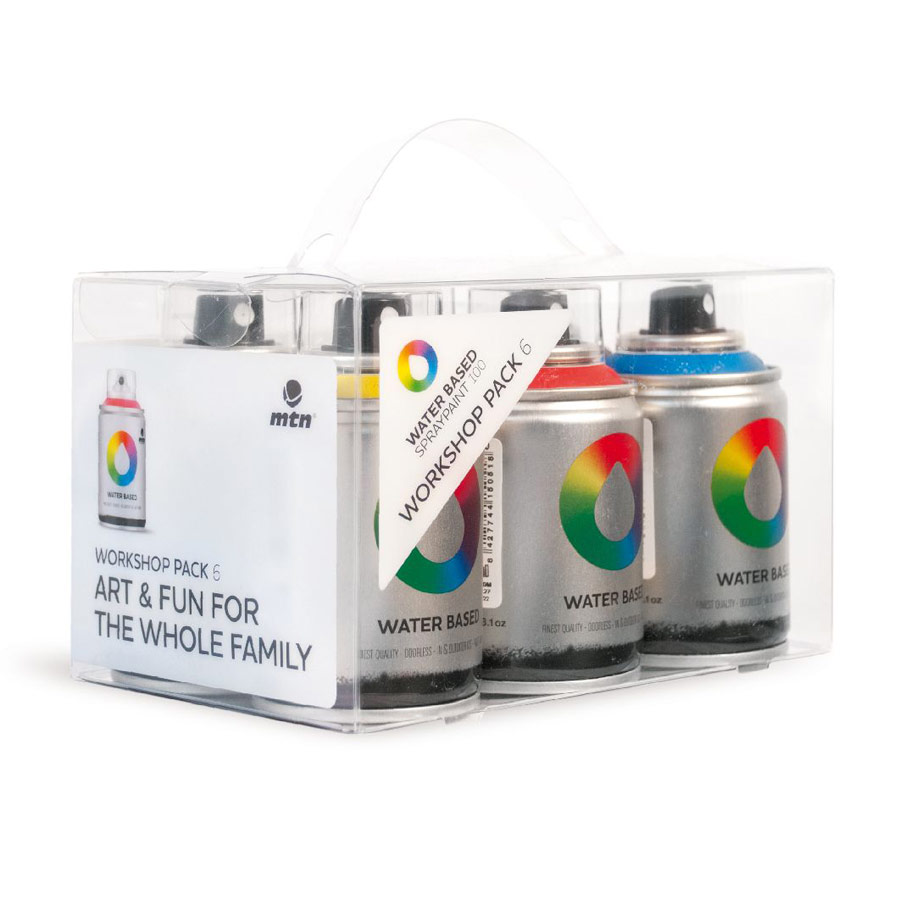 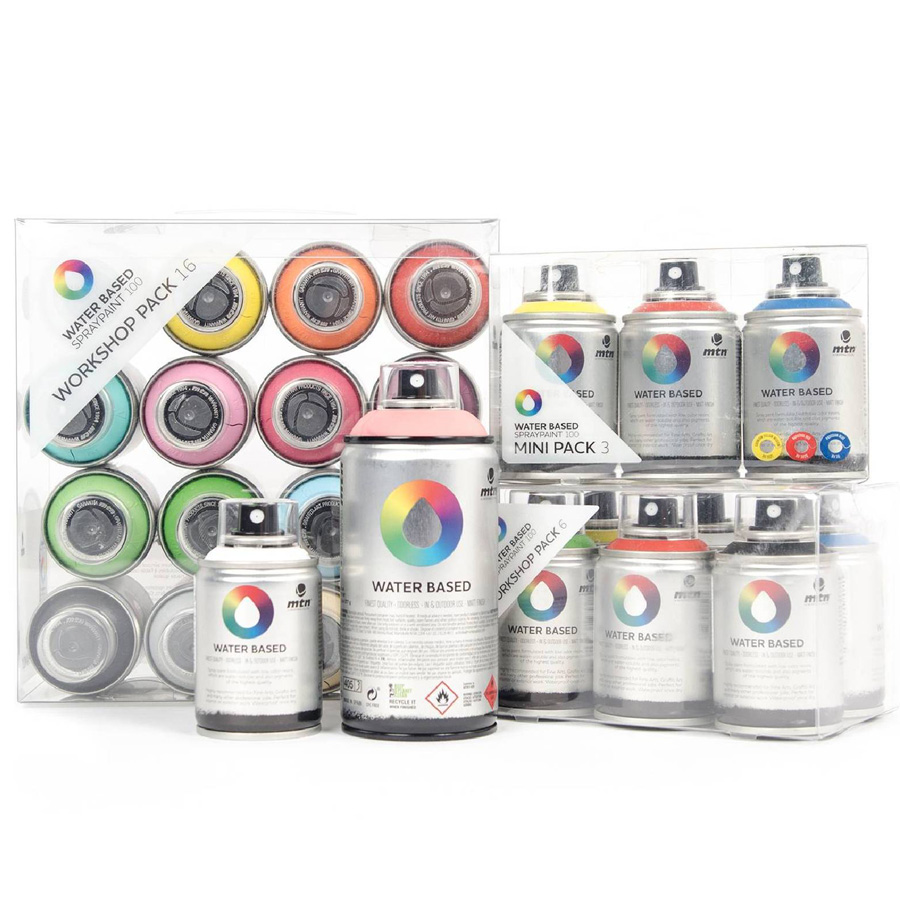 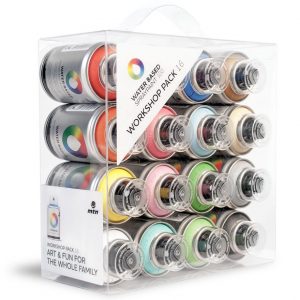 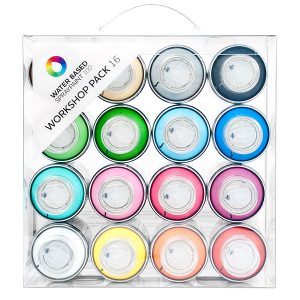 A kit including a spray of each color from the color range Water Based 100ml. Ideal for workshops and leisure activities as well as initiation in the use of this painting technique. Even the little kids will enjoy painting with these aerosols based on resins which are easily cleanable with water.